Finally, a complete day of working the 7-barrel system. I have, up until this point, been part of the later parts of the brewing day. Today I was in attendance for the entire brew-day, and helped with the IIPA (Double IPA) re-do.  The day was long, fun, and consisted of many parts as seen in the photos in this post.

As seen in the blog post Game Time at the Bob, an IIPA was brewed, but there were some issues with the fermentation. It was decided that we would re-brew the IIPA and use the previous batch as Cinderella’s Evil Wet Twin Sisters IIPA. This will give us an opportunity to compare the batches, and decide if the issues were merely “accidental improvements.”  This batch was created with 25 pounds of freshly picked Columbus hops from Paonia, CO. With that, the mad scientists went at it.

Now with any seriously healthy fermentation, a bit of a mess can always be expected, (see the last photo).  We are SERIOUSLY looking forward to tasting this one.  Join us? 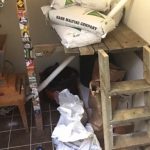 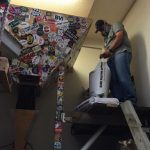 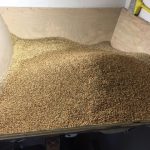 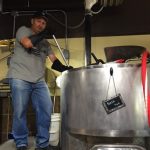 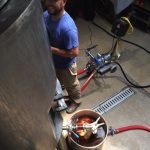 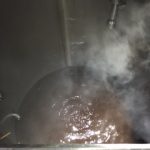 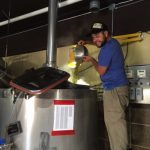 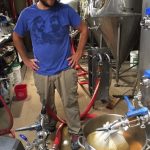 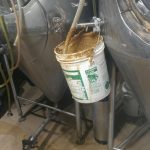